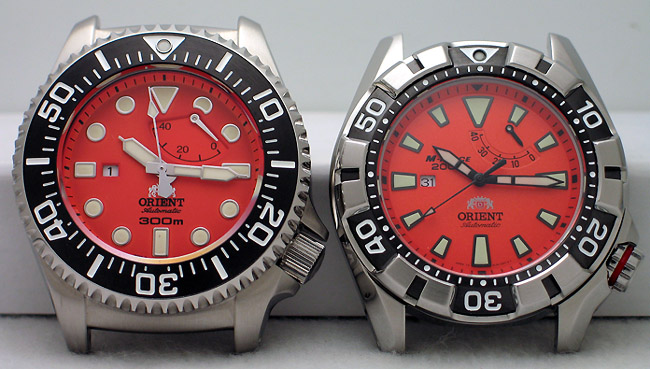 In this post, I will do a size comparison of the Orient M-force with its big brother, the Orient 300m diver (non-hack/handwind model). Let’s start off with the side-by-side comparison shot above.

In the picture below, you can see that the 300m is thicker than the M-force. Hence, the M-force does not sit high on the wrist unlike the 300m.

Here are the thickness measurements according to Orient’s website:

You will also notice that the M-force has a smaller lug to lug distance. Here are the measurements I get for lug to lug: 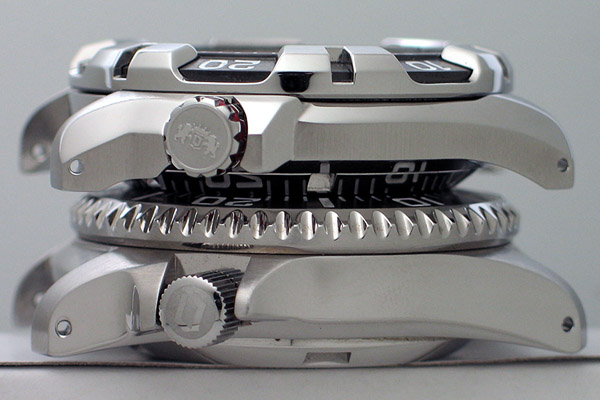 Here’s a comparison from another angle and it shows that the M-force has a bigger lug width. I measured it at 23mm which is quite an odd size. The 300m diver has 22mm lug width.

Below is a caseback comparison. The 300m certainly has a nicer caseback.

Next, I have a side-by-side comparison shot of the M-force next to a recent Seiko SKZ325K aka Stargate.

Someone mentioned that they have similar looking crown so here’s a comparison shot of their crowns. 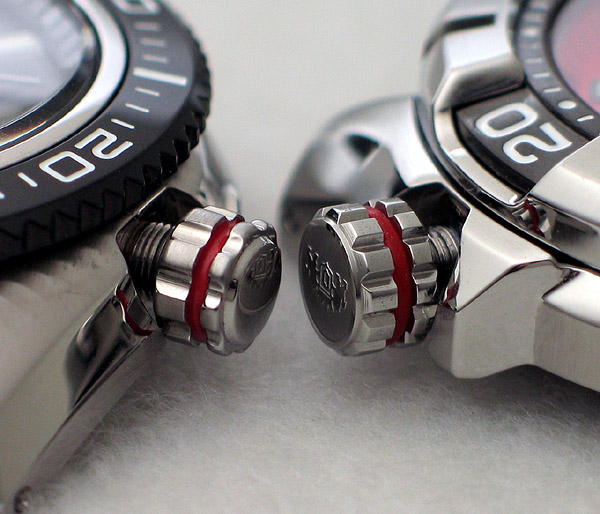 Last but not least, here’s a shot of the M-force. Thanks for reading.