Orient continues its sponsorship of STI’s (Subaru Tecnica International) participation in the Nurburgring 24-hour race for a second year. The race was held on 15-16th May 2010 and a limited edition watch was announced by Orient prior to the event.

This watch is a collaboration between Orient and STI based on the experience gained from the previous year’s race and was actually worn by members of the STI team during the 2010 race. 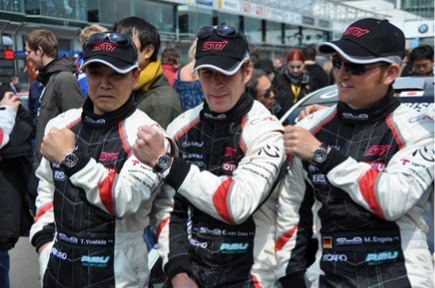 The watch is now available in Singapore via local Orient distributor, Big Time and I had the opportunity to take a first hand look at it.

Shown below is the inner and outer boxes that came with the watch. Both boxes are printed with “Orient X STI”. 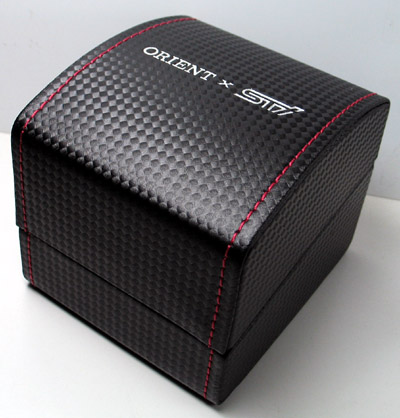 The dial according to Orient’s website is inspired by the instrument panel of the race car, with the minute markers resembling the tachometer. Besides the Orient logo, it also bears the STI logo above the 6 o’clock marker.  It has luminous hour markers and hands that make it easy to read when driving at night. The watch is fitted with a flat sapphire crystal. 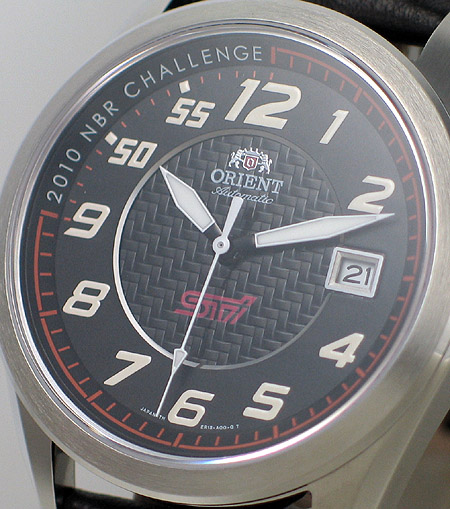 Below are the side profile shots. Most parts of the case are brushed finished as you can see.

The watch has a display caseback and its rotor is specially inscribed with the Orient and STI NBR Challenge wordings.

Other information about the watch including its serial number is also shown on the caseback. As you can see, the watch is limited to 1000 pieces.

The watch uses a black leather strap with red stitches which is the same theme used on the seat leather of the race car. If you look at the picture of the inner box posted above, you will notice that it uses the red on black theme. 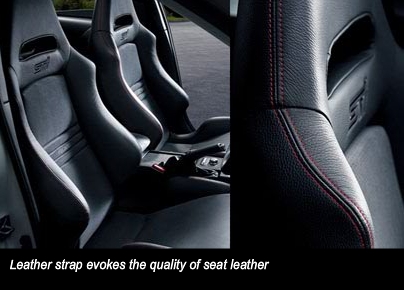 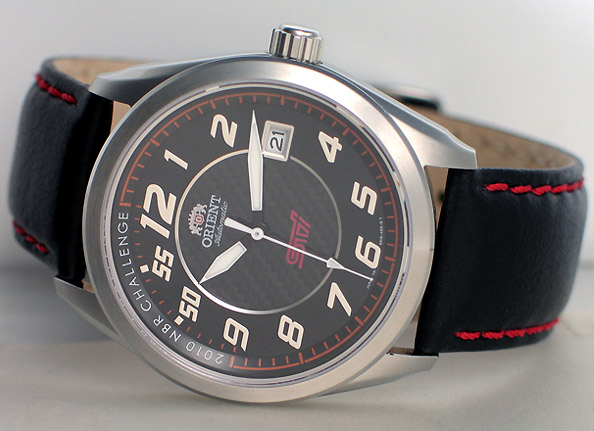 Last but not least, here are the pictures of the Subaru Impreza WRX used in the race.

Race and car photos from:
http://www.orient-watch.com/feature/japanese-engine/