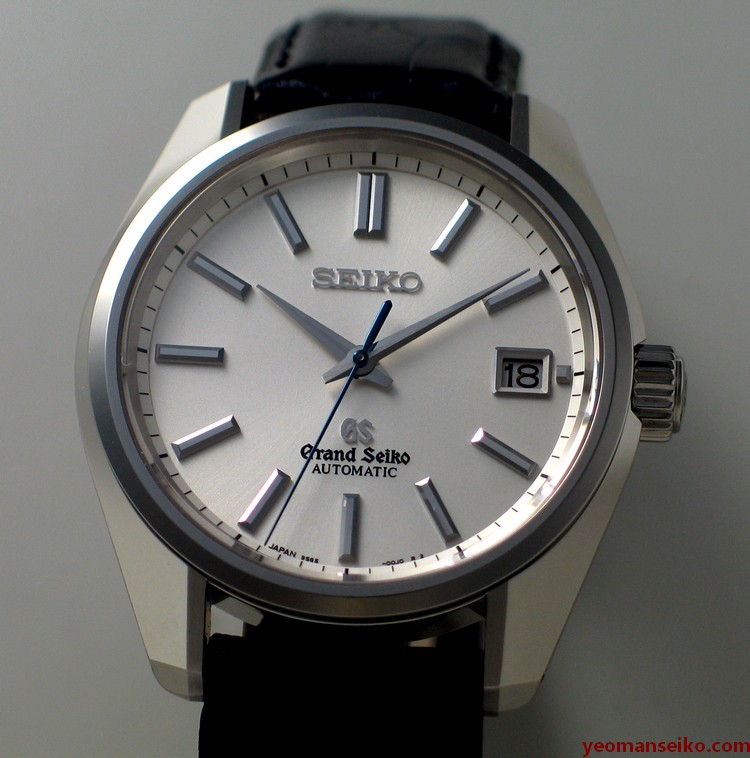 I finally bought another Grand Seiko after 7 years. My previous GS purchase was the SBGR029 and it was way back in 2006.

This time round, I went for the 100th Year of Watchmaking commemorative model, SBGR081.The watch comes with a metal bracelet but I put it on a leather strap as soon as I brought it home.

First thing I notice is that manual winding felt super “smooth” when the watch has almost zero power reserve. I remember the 9S55/56 movements never felt so smooth although they are considered smooth when compared to other Seiko movements.

The dial is not exactly white in colour and it is not the kind of silver colour you would expect. It has a very light sunburst effect which is hardly visible to the eye. The picture above is a close depiction of the colour and texture of the dial.

These days Grand Seiko’s come with see-through caseback to show off the finishing of the movement. It looks nice but the stripes on the movement are also reflective at the same time. I actually find them distracting when I tried to look at the movement.

Personally, I prefer solid caseback with the Grand Seiko lion medallion at the center. I like to feel the cold metal on my wrist when I strap on the watch.

The SBGR081 is a little bit thicker than the SBGR029 (solid caseback). Below is a comparison shot.

The design of this watch is pretty much based on the 44GS from 1967. It has an aesthetically pleasing look from the front as well as from both sides. The case is finished meticulously with the use of brushed finishing and mirror polishing. I especially like the brushed line running along the side of the case (see pictures below). 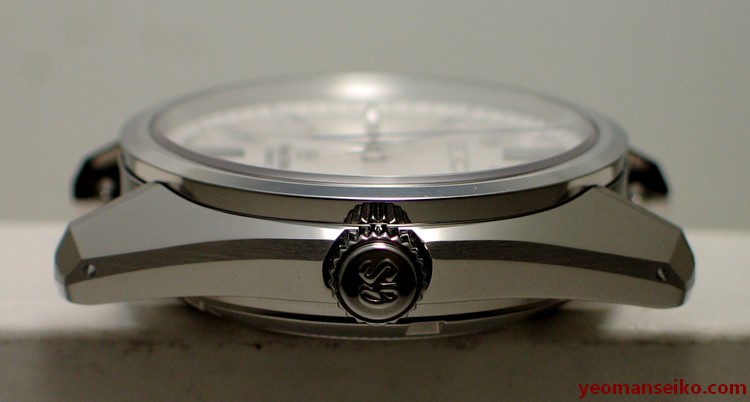 Here are a few more shots of the watch. 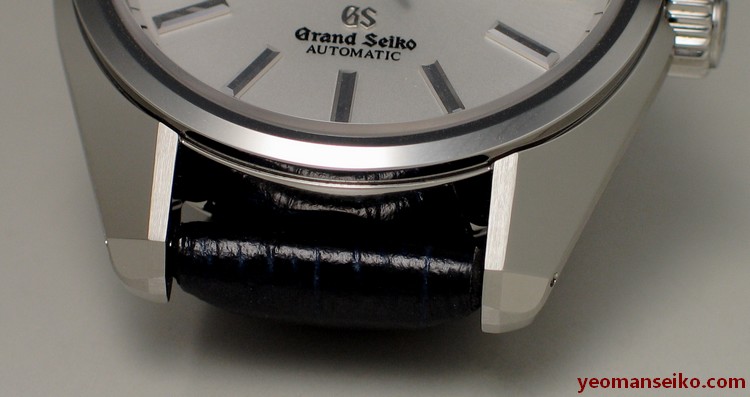