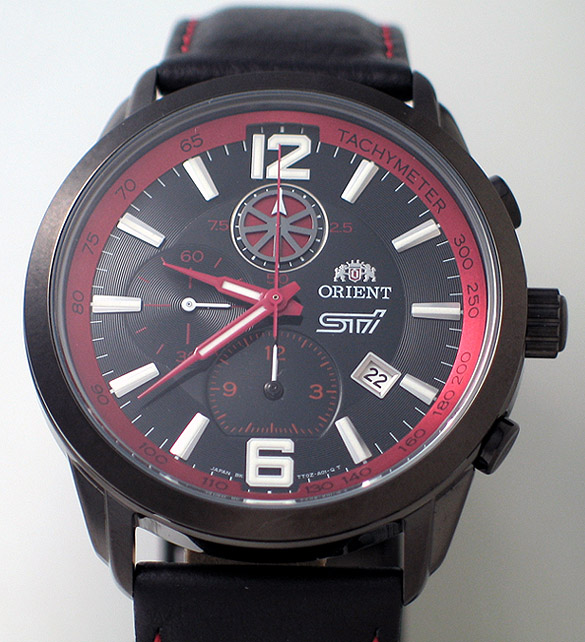 Orient sponsored Subaru Tecnica International Inc (STI) in the 2011 Nürburgring 24-hour race that took place in June 2011. This is the third consecutive year in which Orient collaborated with STI in this event. The 2011 Orient X STI commemorative watches will consist of a quartz chrono and a recently announced M-Force model.

Here, I will take a look at the quartz chronograph model, the first Orient X STI model that uses a quartz movement.

This chronograph model comes in a leather strap version (TT0Z002B) as well as a metal bracelet version (TT0Z001B). Each version is limited 2500 pieces.

Here’s a picture of the bracelet version. 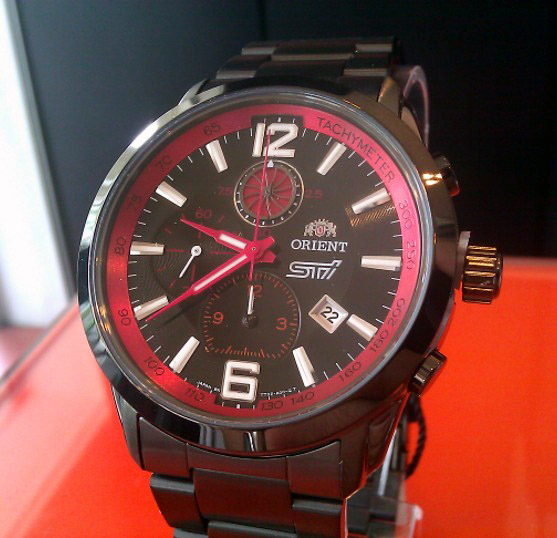 Below is a dial shot showing the beautifully textured dial. Both Orient and STI logos are clearly printed on it. Being a commemorative watch for a 24 hour race, the hour markers are lumed as you would expect. 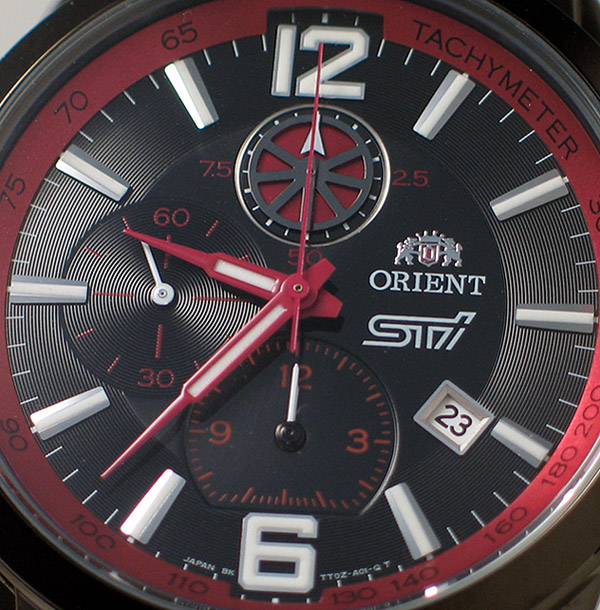 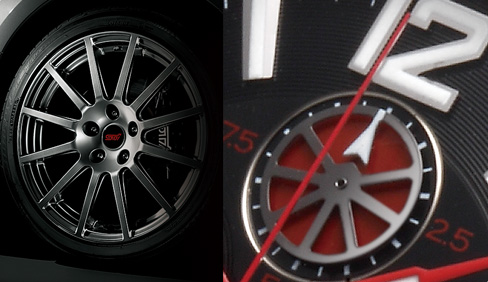 Also, the indicator at the 6 o’clock position is designed to look like the meter in the actual car. 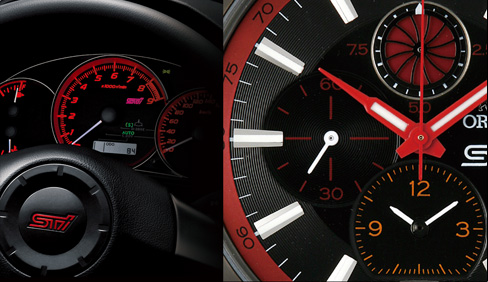 The case of the watch is plated with gunmetal coloured coating as seen on the car. 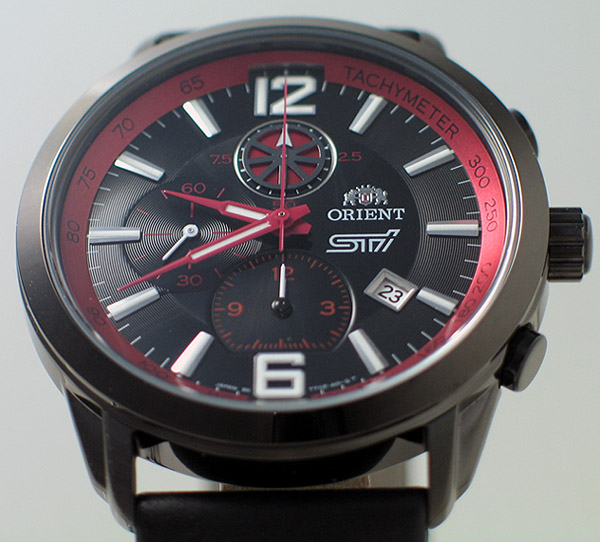 The caseback shows the unique serial number of the watch in the “XXXX/2500” format, indicating that it is a limited production of 2500 pieces. It also shows it is a 2011 model of the Orient X STI collaboration. I have posted about the 2010 models on this blog and they can be found in the links below: 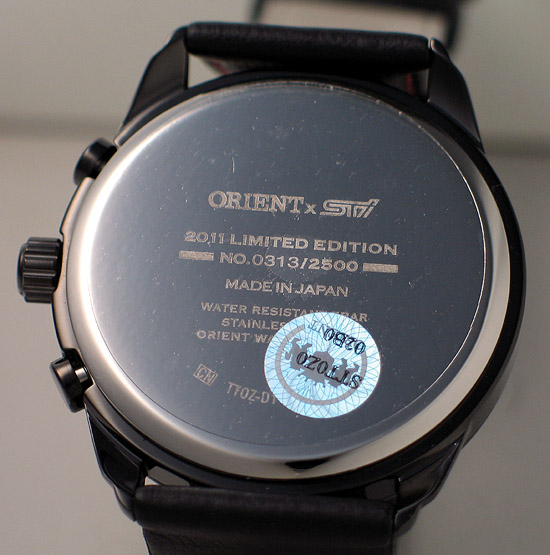 Here’s a side profile showing the crown and chronograph pushers. 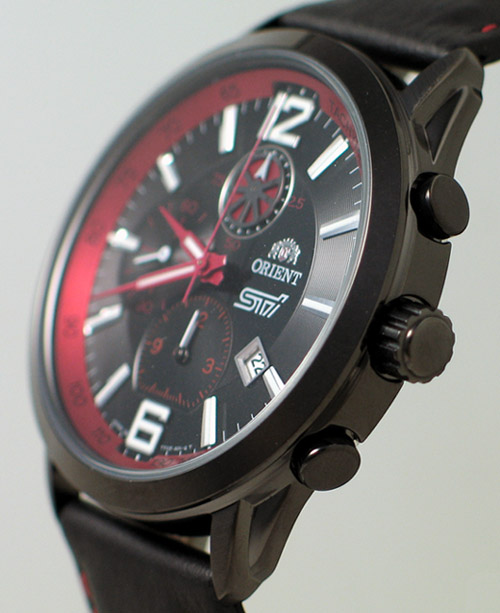 The black leather strap with red stitching reminds user of the comfortable leather seats in the the Subaru WRX and other models. 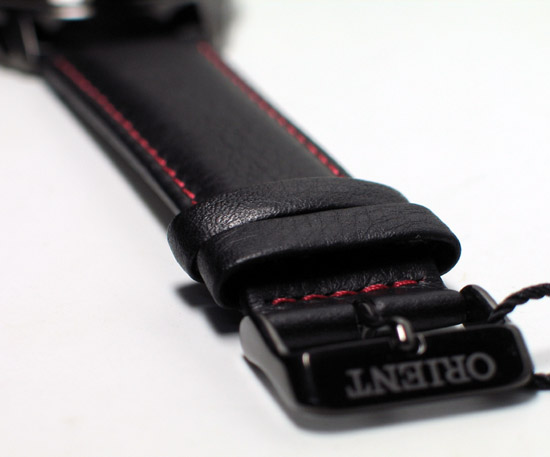 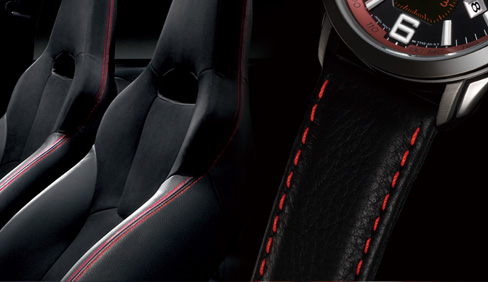 The Orient X STI 2011 limited edition chronograph comes with a specially designed presentation as shown below. 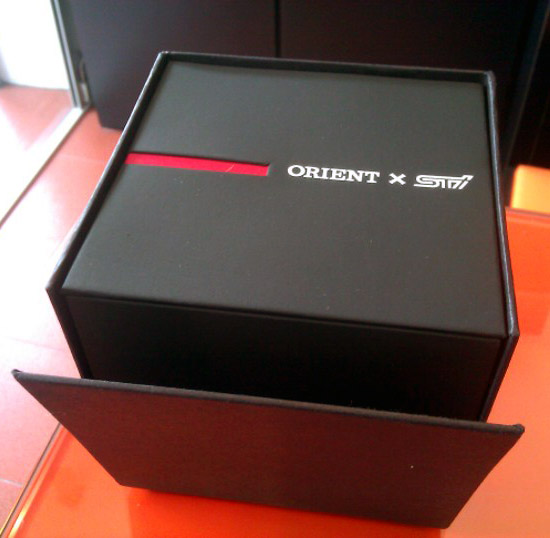 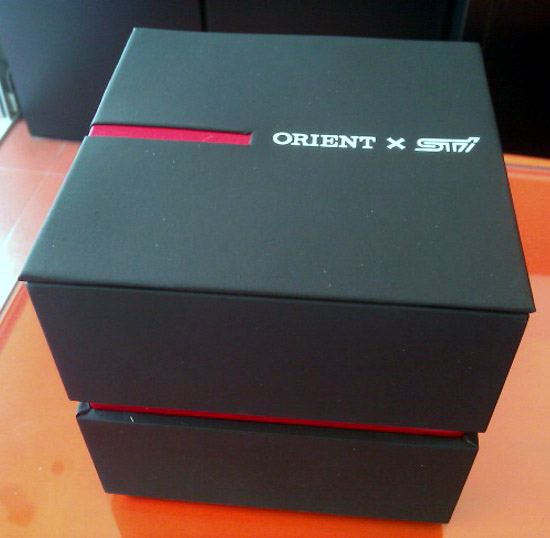 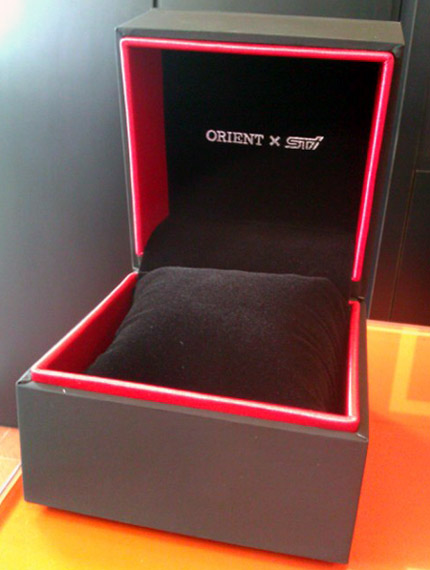 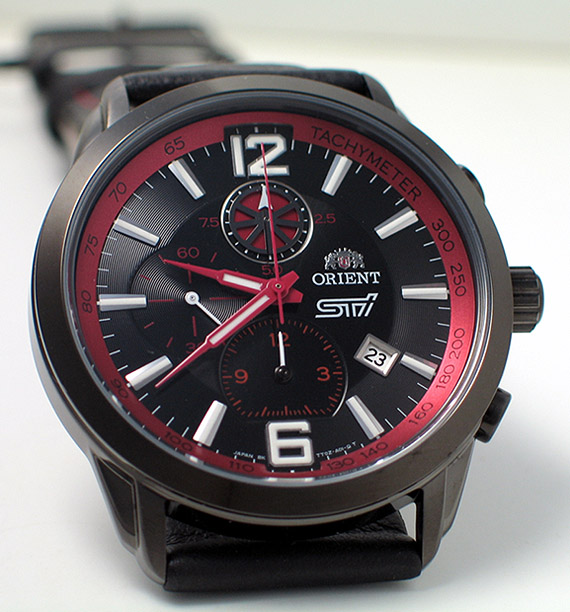