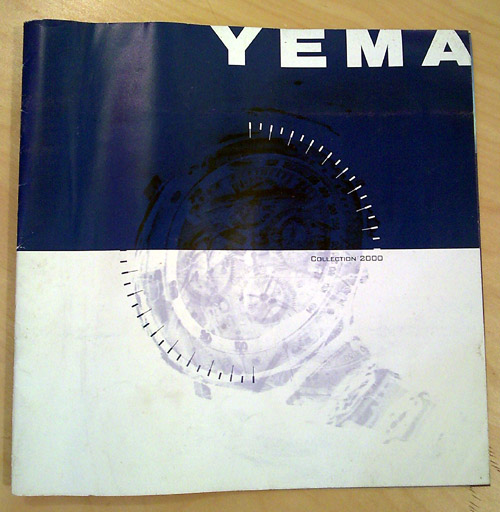 According to this page on Wikipedia, YEMA was owned by Seiko between 1998 and 2005. During this period, YEMA watches were powered by Seiko movement with the most popular being the automatic YEMA Sea Spider which was powered by the Seiko 4S15 movement.

Below are a few images taken from an old YEMA catalog that featured the Sea Spider. The catalog dates back to year 2000 and contains some marketing literature on the watch.

Being a French company, the words on the catalog were printed in both French and English.

From the image above, it can be seen that the tagline for the Sea Spider was “Un Palier D’avance” in French or “A League Ahead” in English.

The Sea Spider became popular when Seiko collectors on the SCWF discovered that it was powered by the 4S15 movement and sold at a relatively lower price compared to Seiko watches that are powered by the same movement.

Here’s the page that shows the three different dial variants.

They have also highlighted various selling points of the 4S15 movement including:

Below is a larger image so you can read the words.

Here are the bigger images of the stock photos. As you can see, the Sea Spider has a pair of spider claws on its bracelet. The watch has a inner rotating compass bezel that is controlled by the crown at the 2 o’clock position.